How much does it cost for a refugee to make it out of Syria? We added up the price for one man’s journey to Germany.

Mohammed, a 27-year-old Syrian refugee, is one step closer to finally entering Germany after a dangerous three-week-long journey. AJ+’s Dena Takruri joined Mohammed and his friends as they waited at the border.

What’s it like to walk in the shoes of a Syrian refugee trying to get to Germany? AJ+’s Dena Takruri met Mohammed, a 27 year old electrical engineer, and joined him and his friends in Austria as they headed towards the border with Germany.

What’s it like to be one step closer to safety?

We found out, crossing the Hungary-Austria border with refugees. AJ+’s Dena Takruri reports.

Refugees are fleeing their homes by the thousands, risking their families’ lives to try to find a way out of the violence. Most see Europe as a beacon of hope. AJ+’s Dena Takruri is on the ground in Budapest to follow a group of refugees on their journey.

The number of Syrian refugees going to Europe has been rising but they are just one part of the worst refugee crisis since World War II, and wealthy countries have been criticized for not doing more to open their doors to asylum seekers.

After another major city fell to ISIS, experts are questioning Obama’s campaign to eliminate the group. Why is it so hard to defeat ISIS? AJ+’s Dena Takruri breaks it down.

Conditions in the Yarmouk refugee camp of Damascus, Syria, are “beyond inhumane,” as one UN official put it. ISIS fighters besieged the camp on April 1st, trapping its remaining 18,000 residents with no food, water or medical supplies. This, after more than two years of the Syrian government’s siege of the camp. As fighting between ISIS, the Syrian army and rebel factions within the camp drags on, the people of Yarmouk continue to suffer with no end in sight.

As the Syrian crisis enters its fifth year, an estimated 4 million people have fled the country due to fighting. The United States has taken in 584 refugees as of March 11, 2015. AJ+’s Dena Takruri talked to Um and Abu Gasem in Sacramento, California, about their new lives in the U.S. and the memories they left behind in Syria. 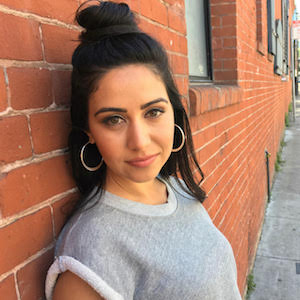 Dena Takruri is a presenter and producer for AJ+, a digital media venture by the Al Jazeera Media Network. To read her full bio, click here.